Cláudio T. Silva is Professor of Computer Science and Engineering and Data Science at New York University. His research has focused on data science, visualization, graphics, and geometric computing. Recently he has been particularly interested in urban and sports applications. He received his BS in mathematics from Universidade Federal do Ceará (Brazil), and his MS and PhD in computer science at SUNY-Stony Brook. He has published over 250 peer reviewed journal and conference papers, and he has been an inventor on 12 US patents. He has advised or co-advised 15 post-docs, 20 PhD and 9 MS students.

Cláudio is a Fellow of the IEEE and has received the IEEE Visualization Technical Achievement Award. He was inducted into the IEEE Visualization Academy in 2019. The MLB.com’s Statcast player tracking system, which he helped develop, won the Alpha Award for Best Analytics Innovation/Technology at the 2015 MIT Sloan Sports Analytics Conference, and a 2018 Technology & Engineering Emmy Award from the National Academy of Television Arts & Sciences. Silva’s work has been covered in The New York Times, The Economist, ESPN, and other major news media. 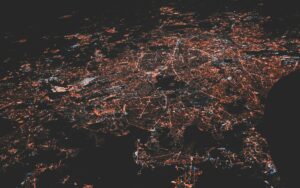 The research team will first establish a test bed for the development of the advanced WIM (A-WIM) system by collaborating...

This research project aimed to develop a data-driven approach for modeling cities, with a focus on pedestrian dynamics, which play...