The main objective of this study is the assessment of the Construction Impact Analysis (CIA) and Work Zone Impact and Strategy Estimator (WISE) tools, and determining the feasibility of their customization with respect to New York City Department of Transportation (NYCDOT) and New York State Department of Transportation (NYSDOT)’s needs and requirements, cost of adoption and modification, and related issues. A comprehensive review of the current state of the practice in planning, coordinating and scheduling of work zone activities was conducted, and example tools and methodologies used by some state agencies were summarized. The research team also conducted an in-depth review of the two major computer tools developed for work zone coordination, the CIA tool by WSDOT, and the WISE tool by the FHWA. The team identified the advantages and limitations of each tool and discussed the needs and requirements for NYCDOT/ NYSDOT for adopting these to be used in work zone coordination activities. Next, in-depth interviews with various transportation agencies were conducted to review the current state-of-practice related to work zones by each of these agencies.

As part of this effort, the research team interviewed NYCDOT, TRANSCOM, Port Authority of New York and New Jersey (PANYNJ), Metropolitan Transit Authority (MTA) – New York City Transit (NYCT), New York City Department of Design and Construction (NYCDDC), New York State Department of Transportation (NYSDOT) and New York Metropolitan Transportation Council (NYMTC). The research team prepared ten general questions that were intended to identify the roles and responsibilities of various divisions within an agency and examples of work zone related activities with a focus on coordination, if any. In addition to the general questions, the team had also prepared several specific questions that focused on planning, operational and strategic aspects of work zones. The intent of these specific questions was to understand the agency-specific policies followed to deal with reducing the impact of work zones via planning and intra and inter coordination and collaboration.

Based on the interviews conducted, it was understood that conflict analysis for work zones is often conducted for long-term projects, and a higher priority is given to capital projects that are at the regional level over short-term projects such as maintenance and utility work. Within NYCDOT / NYSDOT, this research project determined that the key issue that needs to be addressed is the lack of a unified and easily accessible database of the ongoing and scheduled work zones that is updated on a regular basis according to a predefined schedule. Based on the assessment of NYCDOT / NYSDOT’s needs, it is determined that the identified parties within the NYCDOT/ NYSDOT and their counterparts outside the agency will benefit if they collaborate more closely and adopt a computerized tool that uses a unified database to coordinate of work zones. Based on the review of CIA and WISE computer tools, it was determined that neither one can address all the identified needs for coordinating work zones when multiple stakeholders and agencies are involved. Instead, a hybrid approach combining the best elements of each software tool along with some other reviewed tools seems to be the best approach for building a more comprehensive customized software for coordinating work zone schedules and conducting traffic analysis. The final report outlines this desired functionalities of the hybrid and customized to an ideal work zone coordination software tool. 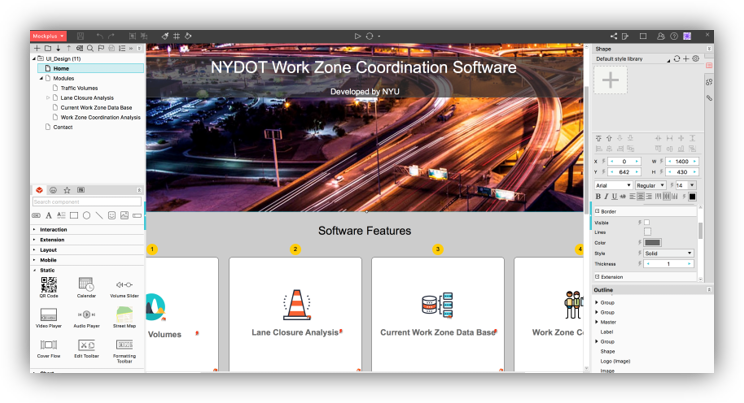 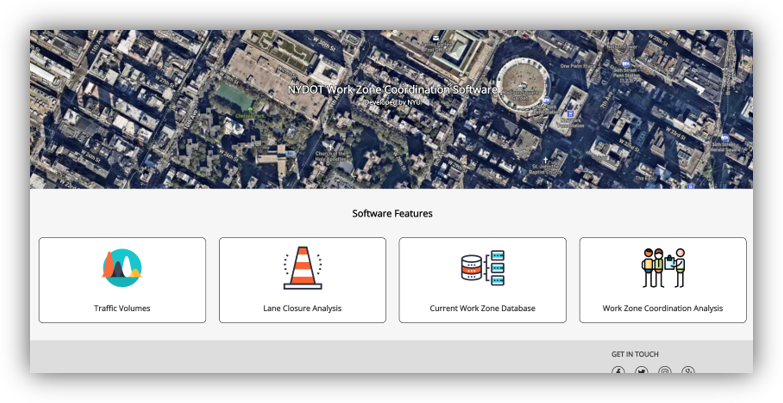 Director of the C2SMART Center

Kaan Ozbay is a Principal Investigator on this project.

Zilin Bian is a PH.D. STUDENT on this project.