Research and Practice: Scaling a Flood Sensor Network for a Resilient NYC 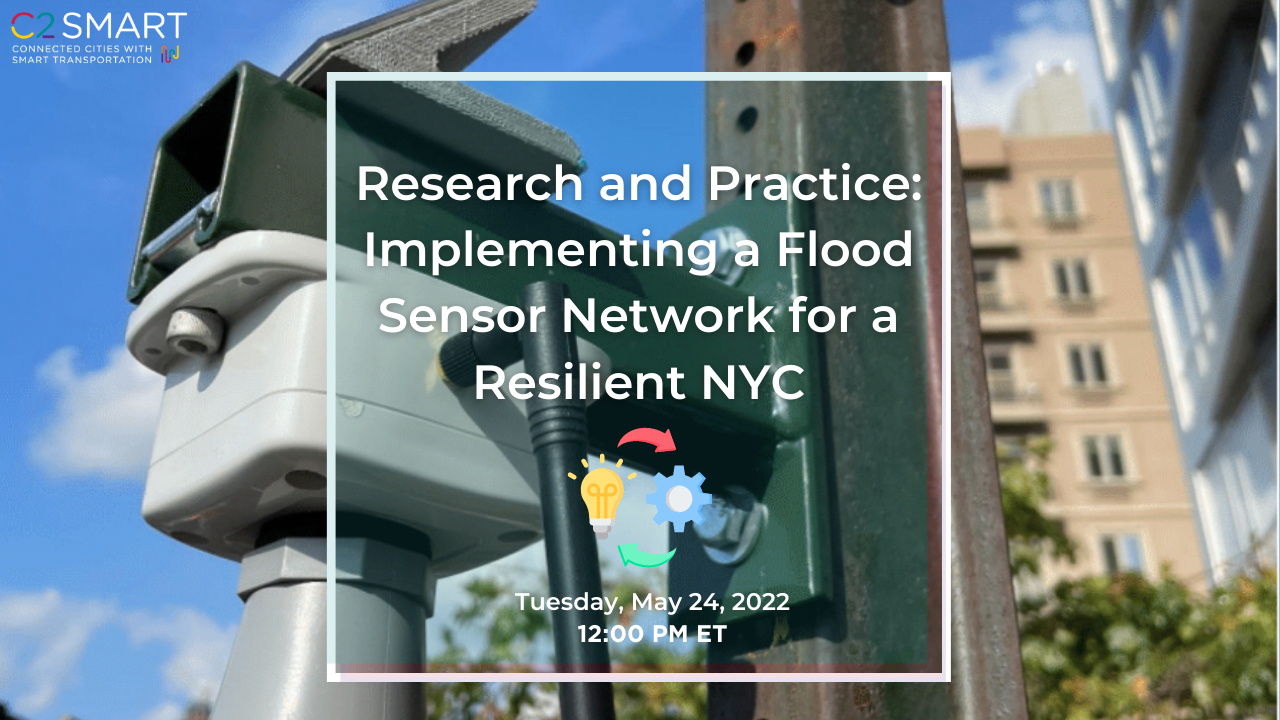 The FloodSense project, first seeded by C2SMART in 2020, developed a publicly-accessible platform that provides real-time flood information through deployed sensors capable of detecting the presence of water. Designed to help cities respond to emergencies by providing real-time information on flood depth, frequency, and duration, the project has since grown into the NYC FloodNet consortium, a partnership with CUNY, the NYC Mayor’s Offices of Climate Resiliency, and of the CTO, Science and Resilience Institute, Jamaica Bay, and New York Sea Grant– and plans to scale sensor deployment all over New York City. The research team will share the development and impact of the project, and its role in the future of NYC’s emergency response and resiliency, detailing how FloodNet sensors were able to detect and generate warnings from flooding resulting from Hurricane Ida, the challenges and opportunities of scale, and the future of smart urban resilience.