The COVID-19 pandemic has affected every economic sector and the shipping and trucking industries are no exception. Like a domino effect, the decline in manufacturing in other countries has reduced international trade leading to a loss of work at American ports and roads.

Cargo volumes were stored at major ports but not transported; bans on international imports and exports have led to lack of productivity at these ports, leading to a loss of jobs for truck drivers, and most retailers had cancelled orders before the start of the summer. No industry around the world–automotive,  pharmaceuticals, domestic goods or consumer goods–was spared.

The coronavirus hit the country’s shipping ports hard, with many facing steep reductions in cargo trade compared to last year. According to the American Society of Civil Engineers’ COVID-19 Infrastructure Report, the economic downturn stands to cause significant damage to ports’ overall volumes, to the tune of an estimated decline of 20% to 30% in total annual receipts.

The Port of Los Angeles, the nation’s largest port, moved 856,389 Twenty-Foot Equivalent Units (TEUs) in July, a 6.11% decrease. As of the end of July, overall cargo volumes had decreased 15.3%.

The Port of Long Beach actually saw an increase in cargo shipments, bucking the declining trend faced by other ports in the country. The nation’s second-busiest port moved 21.1% more cargo in July 2020 compared with July 2019. Two potential causes come to mind: a lag in orders placed in 2018 may have filled inventories and shifted additional orders from 2019 to 2020, resulting in a year-over-year increase in cargo volume numbers, independent of the pandemic. Also, the Executive Director of Los Angeles Port shared in a statement that there had been a shift of some services from the Port of LA to Long Beach in June, which could have caused an additional gain for the latter and loss for the former during these months.

Why Were the Numbers Down?

This decline can be attributed to several factors: manufacturing in countries in Asia and Europe affected by the COVID-19 pandemic; reduced demand, especially consumer demand, in the U.S. during the ongoing crisis; and the virtual standstill of manufacturing in the US  for the first few months of 2020 leading to retailers delaying, postponing or in many cases, even canceling shipping orders.

Lastly, most of these ports experienced record-high volume trends last year, so some of the 2020 decrease reflects reversion to the mean.

Impact on the Trucking Industry:

As usual, when any mobility mode is affected, the effect reverberates throughout all modes of transportation. Trucking companies are the most used ‘way-of-means’ to move freight from port, and gate movement is seen as a reliable way of tracking truck movement in ports. Increases in gate movement show that a port is running ‘healthy’ since more trucks are required to move a surge in cargo volume (the reverse also holds true). Gate Movement Analysis data from the Port of Los Angeles show that the port activity had almost been restored to pre-pandemic levels in the months of July and August.

Total container moves in 2020 fell 6% year-over-year each month until April 2020. This deficit was reduced to 2.75% by July, demonstrating a definite uptick in summer shipping orders.

When providing data sources, Lisa Yakomin, the President of the Association of Bi-State Motor Carriers (based in the Tristate area), told me that the cargo trade at PA-NY&NJ is more diversified (as compared with the ports on the West Coast like the Port of Los Angeles) with regards to the container origin, which muted the initial impact of the slowdown. “The pandemic started exploding here in NY/NJ right on the heels of the Chinese New Year, a time when things are typically slow anyway, so that’s another reason we didn’t feel the effects right away.”

Weigh-in-motion (WIM) data from the C2SMART’s testbed on the Brooklyn-Queens Expressway (BQE) supports Ms. Yakomin’s statement. In the Center’s first edition of the COVID-19 and Transportation White Paper series, C2SMART researchers showed that truck traffic had appeared to have dropped 15% on the Queens-bound route and 19% on the Staten Island-bound (SIB) route compared to pre-pandemic numbers. With fewer cars on the road and little to no traffic in March and April, the average speed range on this section of the BQE increased by approximately 5mph for both QB and SIB, a point reiterated by Ms. Yakomin as well.

This post comes from Siva Sooryaa Muruga Thambiran, an undergraduate pursuing a B.S. in Civil Engineering from NYU Tandon.

Looking at the Annual Average Daily Traffic (AADT) numbers for the first two months of this year: for QB the number is 5927 while for SIB, it is 5495 while for the first two of weeks of March, the corresponding AADT numbers for QB and SIB are 5458 and 5233 respectively showing a delayed  or reduced effect. From the week of 3/23 (until 05/04), the AADT for QB and SIB are 4119 and 3568, representing a -24.5% and -31.8% decline in numbers. From the week of 05/04 until the last week of June, the AADT numbers were up to 5559 for QB and 4949 for SIB, while the corresponding numbers in the next time period until August 10 were 5626 and 4976; indicating a possible uptick in shipping orders as the state economy slowly reopened.

As seen in Figure 4, freight volumes at PA-NY&NJ dropped off considerably in late March and April, before slowly picking up in May. Most retail stores and other small businesses were closed, many customers cancelled their summer orders, vessel sailings were cancelled, and freight volume dropped precipitously. This had a corresponding effect on truck movement as well.

Looking ahead, it will be interesting to see if shipments during the holiday season will be drastically affected. Usually, orders are placed starting from June, but with this year, all timeline scenarios have been thrown off due to the pandemic. While it was expected that a second wave of hospitalizations due to the pandemic would have had an impact on the shipping industry, so far there has not been a drastic change. 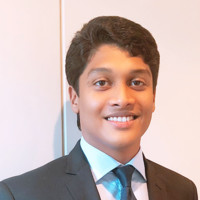 About the author: Siva Sooryaa Muruga Thambiran is a senior studying Civil Engineering at NYU Tandon, pursuing minors in the transportation and construction industries. Siva is the secretary of the ITE Student Chapter at Tandon and works as a student researcher at C2SMART. Siva has contributed to transit research projects such as the COVID-19 White Papers series and the MTA Accessible Stations Pilot Project (Jay Street). Siva has a profound desire to find solutions to infrastructure and environment-related challenges, and is looking forward to pursuing a career in transportation, specifically around large-scale infrastructure projects. 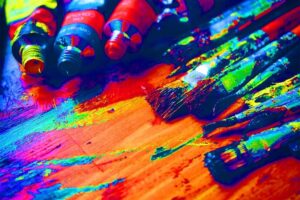 This year, we congratulate all the transportation students who earned... 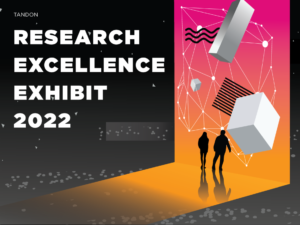